In New York City space is at a premium so dedicating an entire area of our apartment to my Go set is just impractical. Still I wanted to have a pleasing if temporary space to study as well as play the occasional game with a Go friend. 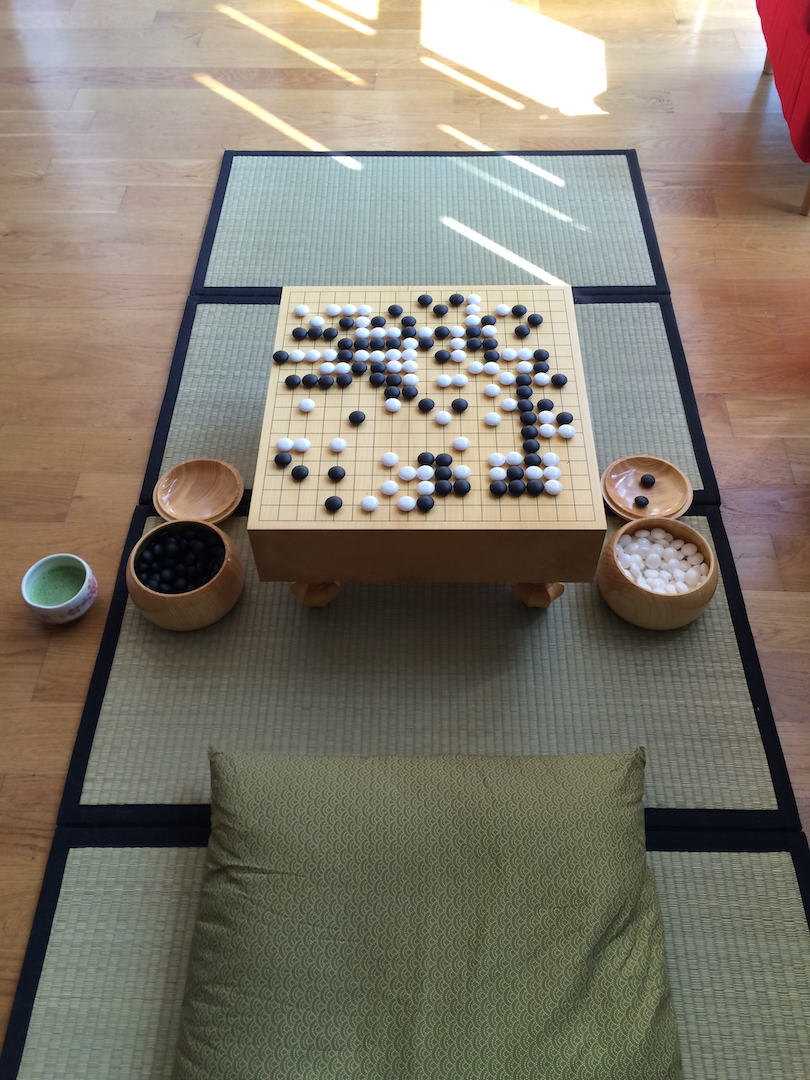 So the first thing I decided I needed was something to put the goban on as the floor of the apartment is uneven enough that the board would move when placing a stone with confidence. I decided that a folding tatami mat would support the board quite nicely. It arrived a couple of weeks ago and it did indeed fit the criteria. As to be expected, the goban was much more stable when placed on the mat and looks quite lovely to boot. The mat was also just the right size for two people to play a game.

Never having been around tatami mats before, one aspect I never considered was the smell! In fact when the mat first arrived it was distractingly pungent, but over the past couple of weeks the scent has diminished to a pleasant aura. Every morning I work through a Shusaku game from Invincible and I’ve come to associate these meditations with the smell of kaya mixed with tatami. It’s great. 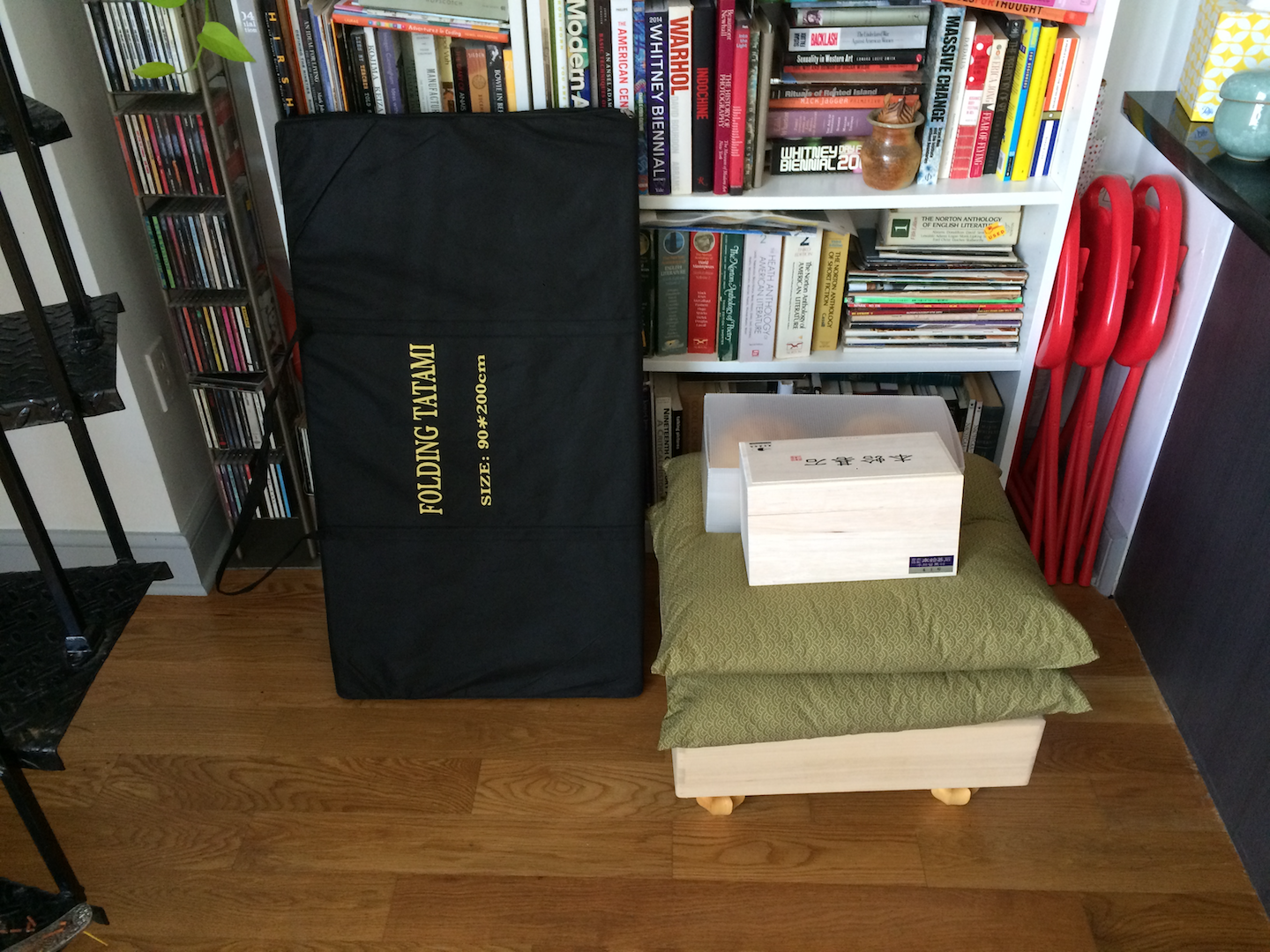 Sitting cross-legged in front of the goban for extended periods of time is not particularly comfortable so I also picked up a pair of zabuton cushions that match the color of the tatami mat. They arrived a couple of days ago and they make studying considerably more pleasant. They also slightly raise the body from the floor so you get a nicer view of the game.

All these elements pack up quite nicely and quickly as you can see in the image to the right. 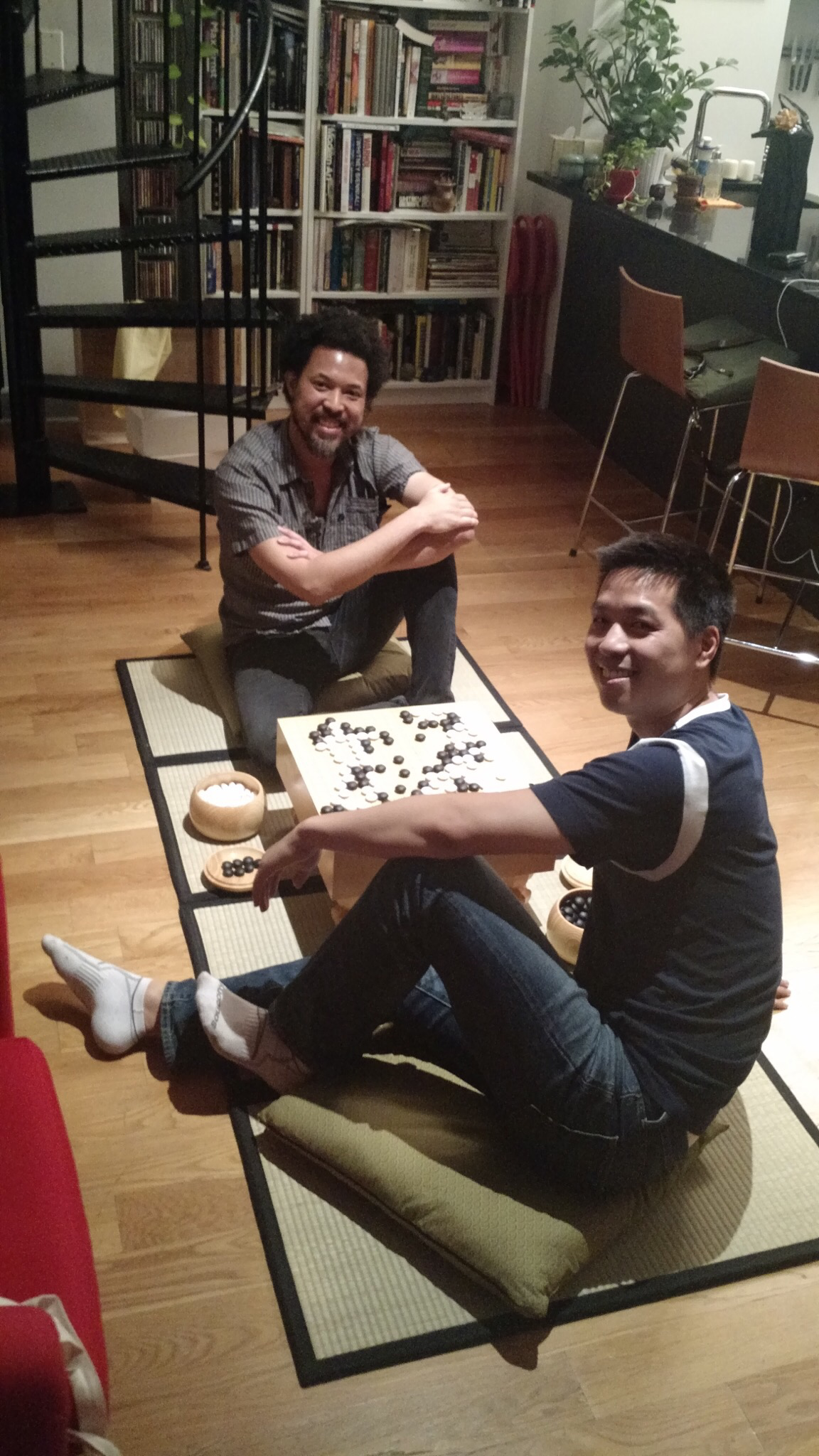 Last night I invited Ien Cheng and Richard Harrington over to see my set and the setup. We started a fairly fast paced game and it was exciting to have the board put to its proper use. The board, the stones, the mat, and a good Go friend all make for an incredibly thrilling experience that’s hard to capture with words alone. For the space of an hour the sounds of shell and slate clicking on kaya filled the apartment punctuated only with the occasional comment about Ien’s direction of play.

Ien’s been playing actively for about 8 months now and his pace of improvement continues to impress me. With a bit more focused studying on reading Ien is well on his way to becoming a formidable opponent!